I hate to break it to you but the movie ‘war room’ is not a one-size-fits-all glove. It is not the aspirin to every kind of headache. It is not the panadol to every body pain you feel in your marriage. It’s just not!

I am single and I watched war room, and sincerely, I think you all are missing the point. War room is not about fighting for your marriage; it is about learning that there is power in prayer! It is not about older women mentoring younger women;some older women will lead you straight to hell with their ‘mentorship’; it’s about knowing that you should let God be the centre of all that you do. How you all arrived at the idea that watching war room will save your marriage is beyond me.

Sometimes, the solution to your marriage is accepting that you married an asshole shikena! The moment you accept this first realization, you have already absolved yourself of unnecessary blame, and the need to fight on your knees while someone pummels you to a pulp.The woman in war room was not physically abused; yes, her husband felt like the shit because he was bringing home the bacon, and she was bring home chicken feet. He had some anger issues, he had an arrogant spirit… but HE DID NOT ABUSE HIS WIFE!

If you are being abused by the asshole you married, watching war room will not help you. Yes, it will make you pray harder than normal, but you need to be alive to be pray. So hey, realization number 2 is that sometimes you need to leave for a while depending on the kind of issues you are facing.If you are being beaten every other day, leave forever! I mean leave like a ninja and disappear from his life like mist. If he is not contributing anything to the upkeep of the home, or expects you to lower yourself so he can feel like a man, wisdom is what you need, and you don’t need to watch war room for that.

Instead of asking women in pain to watch war room, ask them to watch fireproof. Many women are in the mess they are in, because they are married to men who are too lazy to fight for the marriage, or are of the patriarchal mentality that everything wrong in a marriage is a woman’s fault. She’s not sexy enough, she’s not building him up enough, she’s not cleaning the house enough, she’s not cooking enough, she’s not fucking him enough…. everything is on the shoulders of a woman so I am not surprised you all prescribe war room for every marital problem. Because it’s a woman doing the fighting there, it’s what’s familiar to you. 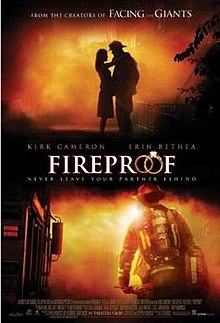 So stop with this ‘war room’ prescription. You can only fight for a man who genuinely loves you, whose heart has not been given to Satan, whose joy is not dependent on the loss of your identity or loss of your body parts. XOXO